Today I am going to talk about something more personal – namely, me and M’s relationship.

Me and M met at Buddy Night organized by the Law Society of our university in 2009. It was a gathering for first years to meet the seniors and get absolutely sloshed. I was with a friend and we hung out together all night. There were guys that kept coming to talk to us and one of these guys was M. His friend approached mine while the two of us stood awkwardly to the side. In the end we started talking and that was the start of our friendship.  This year we will be celebrating our 5th year anniversary 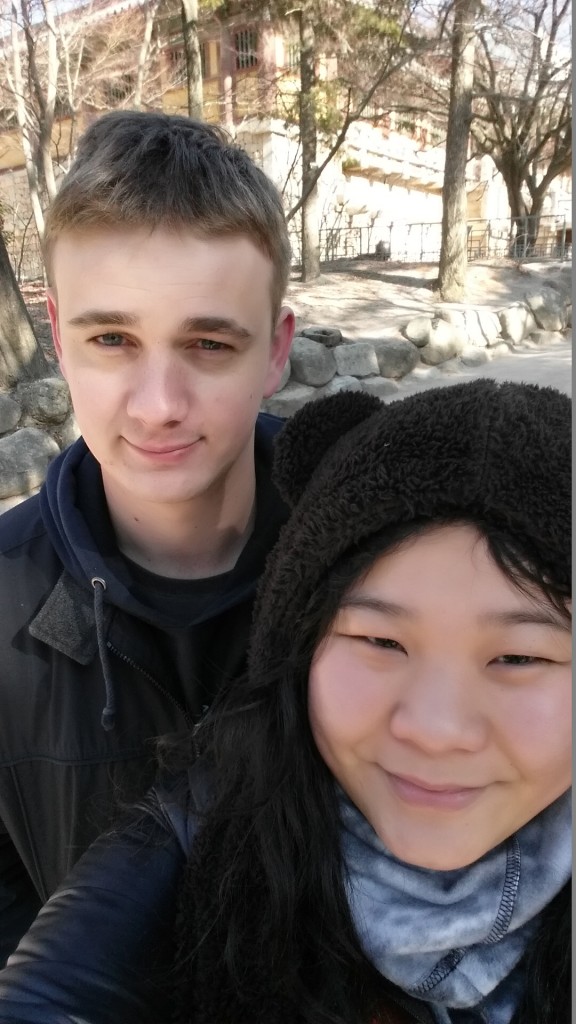 Me and M in Gyeonju, Korea.

I remember reading this article on Huffington Post sometime ago. It is about the 10 things you learn when you are in a good relationship. I know that I’m very lucky to have M and people constantly tell me this too. In fact, I have been asked what makes us work? I usually just awkwardly shrug and change the topic cause I don’t know how to put it into words. We just…you know, work?

To me what we have is great relationship – not just good. Well today, this particular article suddenly popped up on my Facebook feed again. I read it again and it got me wondering whether I have learned all these things.

So, I am going to go through the list and see if I have.

This is a daily occurrence. Being Malaysian, I use Manglish (Malaysian English) pretty often. M being Kiwi will then have the task of deciphering what I meant. This causes a misunderstanding. When this happens we have a wee argument and then brush it off.

The article says that we should be laid back and forgive. We do that pretty well. We always (well almost) brush it off immediately or…he ends up saying it the way I say it, with time

I trust him completely and I am 100% sure that this is reciprocal. I mean, I trust him to the point  that IF he were to tell me that he was going to hang out with a girl who we know digs him – I’d be cool with that cause I know he won’t reciprocate in such situations.

3. Let yourselves miss each other

For the first 2 years of our relationship I was away for 2 months or so during the summer holidays. It was painful being away from him but when I got back, it was bliss to see him again. Like the article says, “Missing someone is great because getting to see them after that period will make you so happy and so sure of your relationship.” – too true!

At present though, I think we may be doing this missing thing abit OTT

#overlyattachedcouple. No examples though cause M will kill me.

We are both at a point where we are preparing to face the next chapter of our lives. I fully support M in whatever he decides to do. I am happy to say that M gives me the same support. There are time where I voice the possibility of doing something completely different from my field of study – and he simply says that he will back me and discuss the options with me. In fact, this blog would not even have happened without his encouragement.

Hear, hear. We are both pretty stubborn. Me, more so than him. I found this hard at the beginning but now….I have come to realize that it is part and parcel of being with someone. Sometimes we talk about it and come to an agreement. Other times, we don’t voice the compromise. We (or me) just implement it…and slowly, it becomes routine. 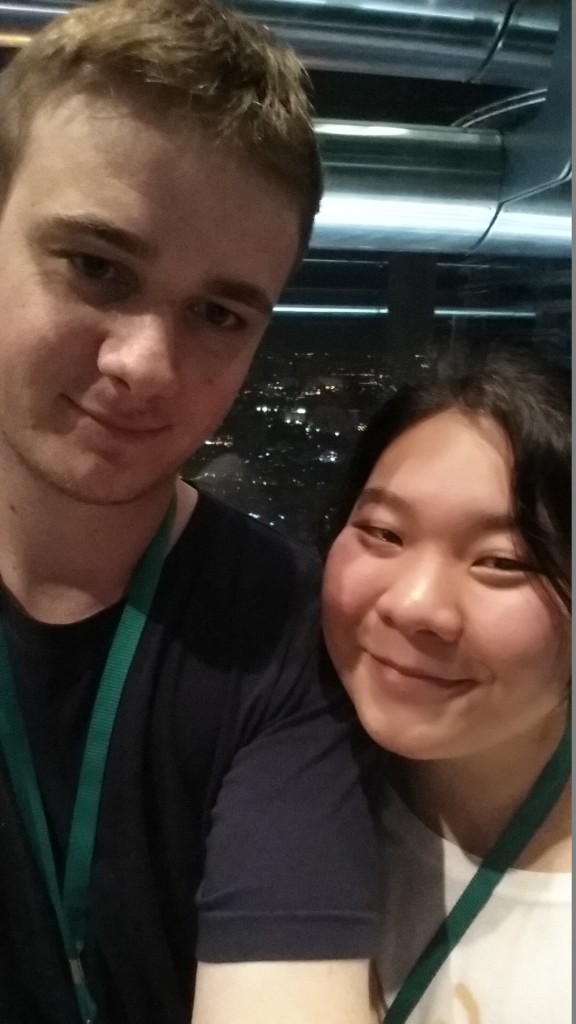 Us at the Link Bridge of Petronas Twin Towers, Kuala Lumpur.

Checked. But I won’t elaborate this here cause you know….it’s one thing to tell your significant other but another to tell the internet your weaknesses. Believe me though, it makes all the difference.

7. Sometimes you can only accept things, not fix them

Agreed. M is pretty much a model citizen and boyfriend so, there really is nothing to change. Only thing is that he tunes out when I’m talking at times. I used to call him out on it but now…meh. I do the same (pot calling the kettle black?), especially when I’m on the phone or computer. He shows his frustration but, I think he accepts it. Ah, true love ae?

Not gonna lie. I can hold a grudge and so can M. But like I said at #1, we brush things off pretty quickly. By ‘brush off’, I actually mean forgive. Sure the event remains in your memory but as long as you forgive, learn from it and let it go *cues Frozen song*, then all will be well. That’s what I’ve figured out anyway.

“Don’t expect your partner … to bring you breakfast in bed, or to offer to wash the dishes. It’s not going to happen.” – Quote from article.

LIES. Ok not entirely. I never expected all these things because I was taught that you have to voice out what you want, to get what you want. As a pretty pampered kid, trust me, I have no problems with that. But I never voiced out wanting breakfast in bed or an having M offer to do dishes. M does all that without prompting! Here is proof: 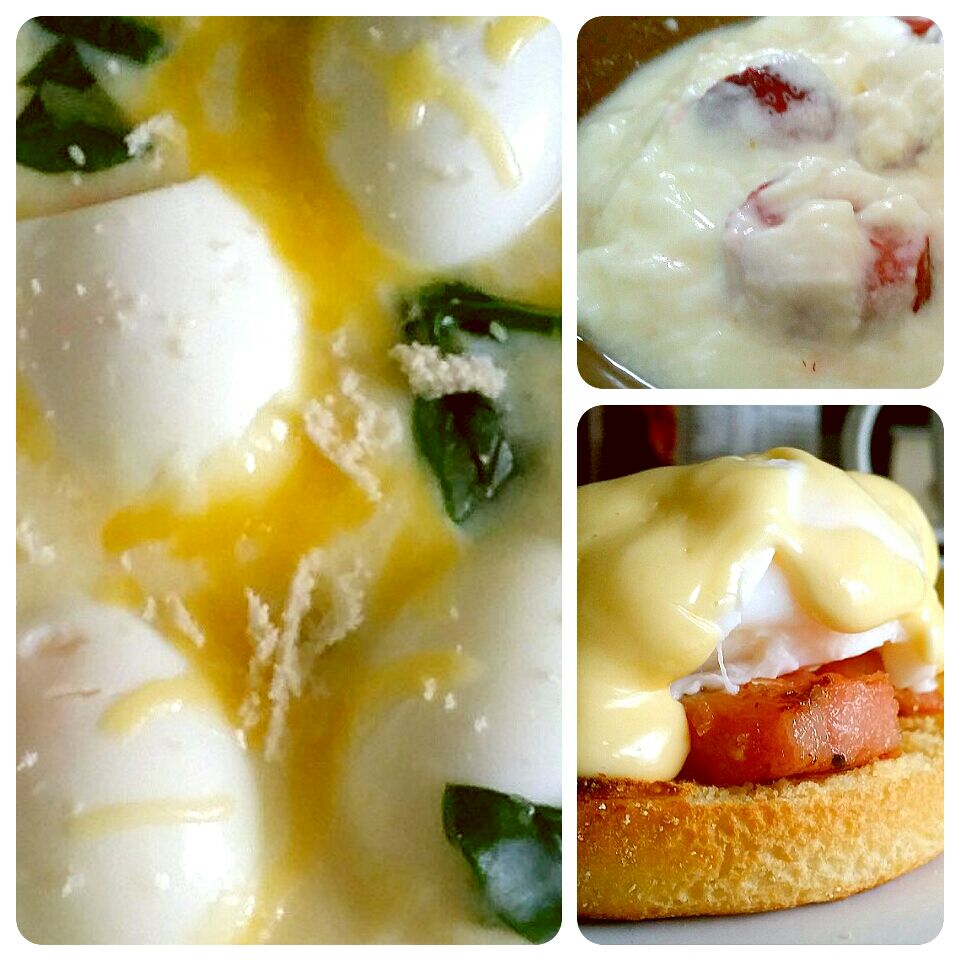 On of the many breakfast’s made by M <3

Told you he is the model boyfriend. And he is all mineeeee

This is second nature to us now. We have pretty warped ways of showing our affection for each other at times eg. calling each other bad names for lols, pretending to be angry to get affection or just a general demand for attention.  So yea, I’d say we have learned how to do this – even if our ways are unorthodox at times.

Based on my calculations, I think I have succeeded learned the 10 things listed in the article. Perhaps me and M don’t practice them in the way that the author meant. But hey, there is no golden rule to a relationship is there?

There is a particular bit of this article that really resonates with me and I think, is the key to any relationship:

[blockquote author=”” link=”http://www.huffingtonpost.com/allison-renner/when-youre-in-a-good-relationship-you-learn-these-10-things_b_5618826.html” target=”_blank”]When you’re in a good relationship, you learn things. You act differently and you think as part of a team — not as an individual making their way through the world. You’ll be more understanding and accepting of your partner, instead of just getting frustrated with them…[/blockquote]

Truer words have never been said.

Thanks for reading my verbal spew. Here is a funny/scary picture for your entertainment. 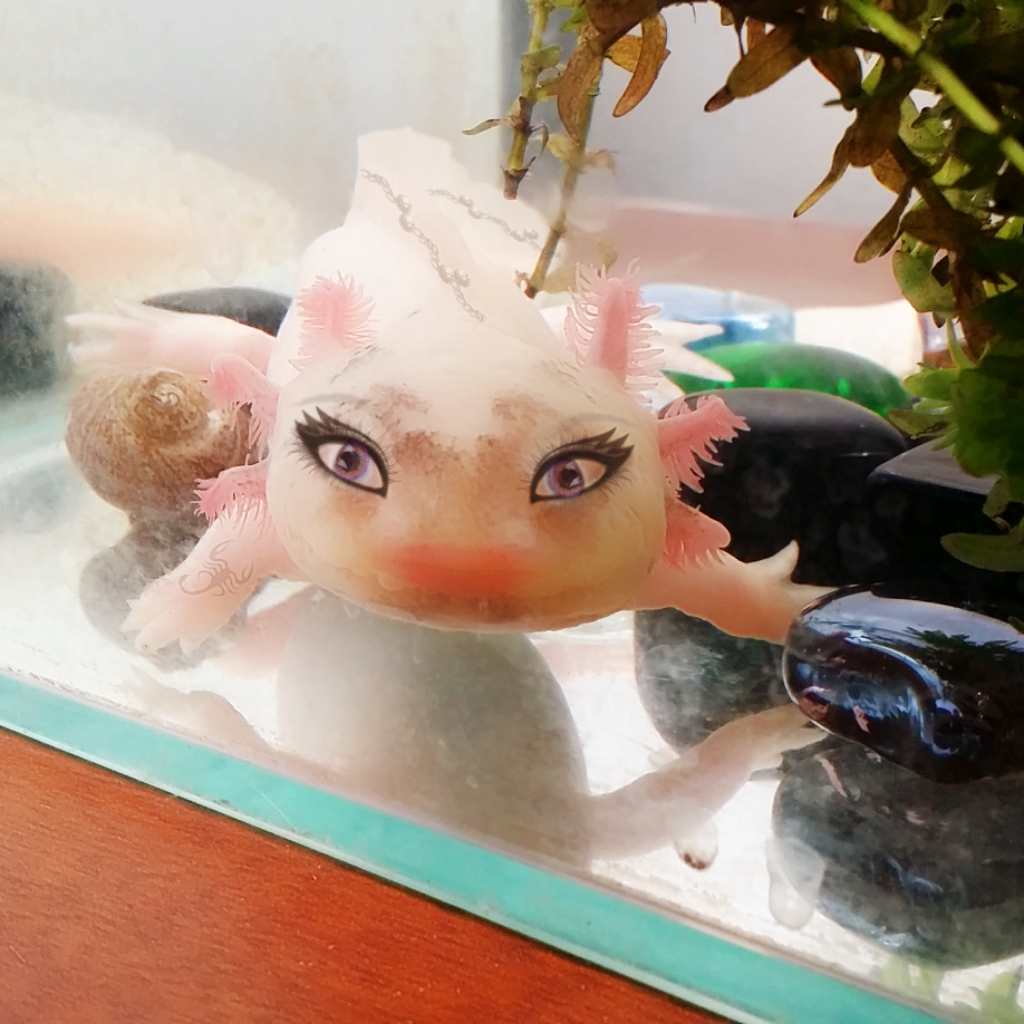